On May 26, 2021, Vascular Wellness leaders Nancy Warden and Stephen Harris presented at the webinar “Radiopharmaceutical Extravasations: Hazards, Mitigation, and Prevention” on the importance of vascular access in nuclear medicine.  The seminar provided information on the history and evolution of nuclear medicine and the concerns around radiopharmaceutical extravasations.  In summary, while nuclear medicine is safe, effective and provides functional and anatomical information as compared to standard imaging, proper vascular access is critical because incorrect intravenous (IV) injection of a radiopharmaceutical into the vein causing fluid leakage in the arm tissue can interfere with correct and proper patient treatment and management and harm the patient.

David Townsend, PhD, an Institute of Electrical and Electronics Engineers (IEEE) Fellow and co-inventor of the PET/CT scanner, presented on the effects of extravasation on image quality and quantification.  Radionuclides for medical imaging use a tracer to target a specific organ and this enables the imaging of the function of such organ. This tracer technique, developed in the 1950s by Gyorgy de Hevesy, uses a carrier molecule with an attached radioactive nuclide to see the organ or pathology.  This radiolabeled carrier is injected intravenously into the patient and as it decays and emits gamma rays, a detector makes an image of the organ.  The image is then reviewed by a physician.  Dr. Townsend remarked that all the steps in this process have very high quality control due to the advances in technology; however, the manual injection step of the radiolabeled carrier can have much variability.  When there is a clean injection (i.e., no extravasation), the image quality is high and patient has very little radiation exposure.  When more fluid extravasation occurs, the image quality decreases and the patient’s exposure to radiation increases.  Another area affected in extravasation is image quantification.  The standardization uptake value (SUV) calculation helps measure how well a patient responds to treatment and such calculation will lose accuracy with extravasation.

Dr. Jackson Kiser, a nuclear medicine physician and medical director of molecular imaging, has spent the last four years studying nuclear medicine extravasation and he presented on the effect of extravasation on image interpretation and ensuing patient care.  Identifying extravasations is important but challenging as the technologist may not be aware as the injection amount is small and there may not be immediate swelling at the injection site.  The managing physician may not be aware as the arm may not be in the field of view of the imaging.  However, identifying an extravasation is critical as incorrect quantification such as SUV measurements will impact the management of the patients.  One powerful example Dr. Kiser presented was a lung cancer patient with an extravasation in which the images showed no metastases of the cancer and a low SUV.  As a result, the patient was considered a surgical candidate. Later, the test was repeated and the images showed the metastases, the SUV calculation was much higher, and now surgery was contraindicated for the patient and a new treatment plan developed.  Extravasation can affect both image quality and the quantification and this can result in sub-optimal patient care and management.

Dr. Darrel Fisher is a medical physicist, internal dose symmetry specialist, and a radiation safety professional.  He presented on the clinical significance of radiopharmaceuticals extravasation in terms of physical radiation dose imparted to two different tissues – infiltrated tissue and adjacent skin, the basal cell.  He stressed that radiopharmaceuticals could impart substantial energy and damage to local tissues and accurately calculating radiation dose is important for patient care and medical data analysis.  The radiation dose is energy imparted per unit mass of affected tissue but must be calculated over the course of the infiltration considering factors such as radionuclide type, the shape of infiltrated tissue, and decay chain progeny.  Radiation dose severity is calculated separately in both the dermal, where radiation is emitted, and the basal cell.  Dr. Fisher noted that there are some methods to calculate dose and these methods are being further developed to be brought to the medical community in the future.  He also shared findings on research that showed extravasations happen with more frequency than reported and that patient dose severity assessment will allow proper patient treatment, as needed.

Marjam Boerma, PhD, a radiation biologist, presented on radiation injury to tissue, primarily high radiation tissue injuries, which are usually on the surface as in cancer treatment, as there is not much data at the lower doses.  Dr. Boerma explained that molecular damage from extravasation happens when the ionizing radiation imparts some or all its energy into the tissue.  The ionizing radiation, a subset of electromagnetic waves and charged particles, can ionize atoms and molecules in the tissue that they expose.  There is molecular damage from ionizing radiation in both a direct effect such as DNA and an indirect effect to DNA as in a water molecule in a tissue cell.  The molecular tissue damage can heal successfully, or it can fail and cancer can develop, usually in basal cell, or the cell can die causing significant damage.  Some of the effects on the tissue that can be seen are redness, inflammation, and vasculature damage.  Lower dose radiation damage has not been studied, as there is no system to document absorbed dose and patient follow-up.  Dr. Boerma believes that it is important to not only study long-term effects of lower dose extravasation but also to minimize them as well.

Vascular Wellness clinicians, Nancy Warden, chief operating officer and chief clinical officer, and Stephen Harris, director of research and development, presented on their vascular access expertise as it pertains to preventing and treating extravasations.  Ms. Warden explained that prevention begins with proper training of the nuclear medicine staff.  She presented data on vascular access policies and procedures based on the polling of eight large teaching hospitals and found that none had effective and strong policies and procedures in place as evidenced by:  a) no annual competency assessment and additional intervention if needed, b) little didactic teaching other than some limited training by senior nuclear medicine staff members, and c) preceptors and teachers were unable to correctly identify all the steps in safe vascular access.  Furthermore, she found that the latest technology on vascular access was not being utilized and mitigation procedures in the event of extravasations were unknown.  Mr. Harris added that it is important to have a more comprehensive perspective on a patient’s current physical and medical condition when providing vascular access and this can be helped with more training.  Regarding extravasation treatment, Mr. Harris noted that even though there may be redness and inflammation, using a warm compress instead of ice is important to move the fluid through the body.  All patients should be evaluated further, and vascular surgery may be a consideration.  Vascular access is a significant manual step of nuclear medicine and proper attention and training is warranted.

If you require Vascular Access or want to learn more, speak to the team at Vascular Wellness today.

Want to speak to an experienced nurse on our clinical leadership team?

Click below to fill out the form to receive a free, 30-minute phone session 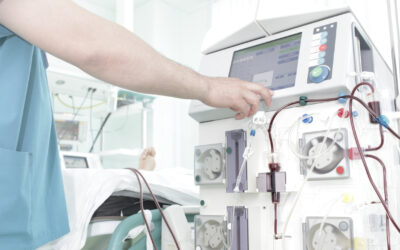 Vascular Access Nurse Placed Temporary Dialysis Catheters can be safely placed, provided all nursing and other protocols are followed.  Vascular Wellness, a leader in the field of vascular access,...

END_OF_DOCUMENT_TOKEN_TO_BE_REPLACED 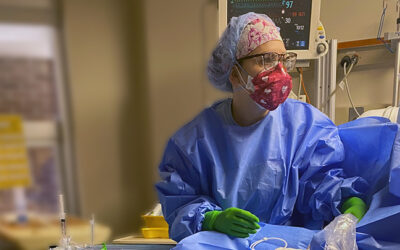 Vascular access expertise after hours describes how a Vascular Wellness nurse on her way home returns to the hospital to immediately help a patient experiencing Ventricular Tachycardia, a type of...

END_OF_DOCUMENT_TOKEN_TO_BE_REPLACED 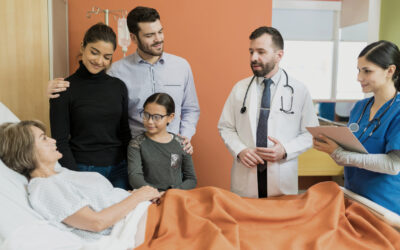 Vascular access and patient collaboration describes how a patient with a long battle with cancer and various complications collaborates with the Vascular Wellness clinician on her vascular access...

END_OF_DOCUMENT_TOKEN_TO_BE_REPLACED 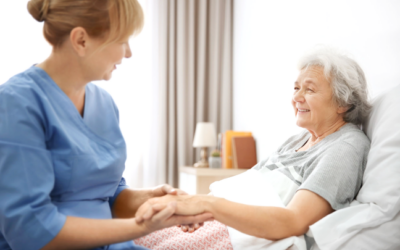 Fearful Patient and Holistic Vascular Access Care describes how a patient with needle phobia, having just been subjected to multiple unsuccessful vascular access attempts by facility staff, is...

END_OF_DOCUMENT_TOKEN_TO_BE_REPLACED

Mobile Care Medical is an innovative and advancing model of delivering health care to the patient at the patient’s home, rather than the patient having to travel to a medical provider such as the...

END_OF_DOCUMENT_TOKEN_TO_BE_REPLACED 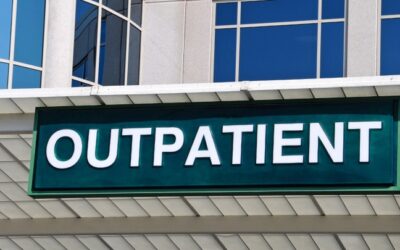 Outpatient Services, at a high level meaning health care provided without a hospital admittance, has been growing rapidly in the healthcare field and this is due to increasing new technologies like...

END_OF_DOCUMENT_TOKEN_TO_BE_REPLACED

Looking for more than just a PICC Service?